“Can you imagine a world without men? No crime
and lots of happy fat women.” ~Nicole Hollander, cartoonist 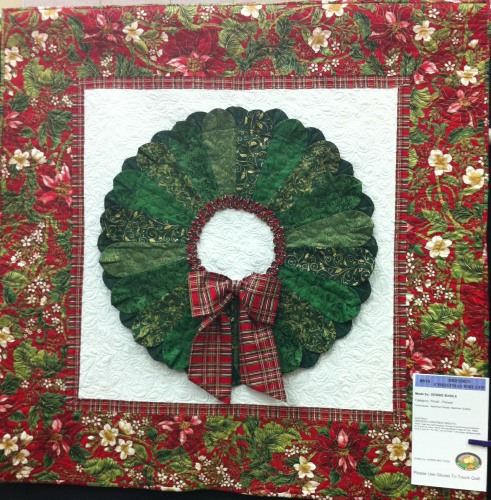 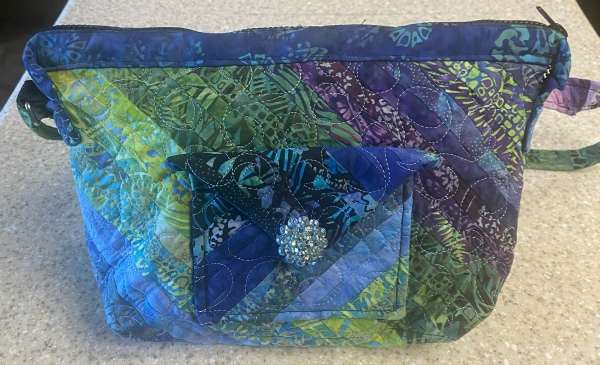 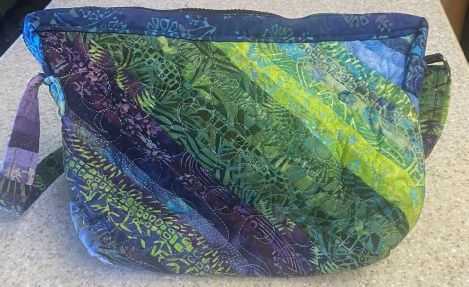 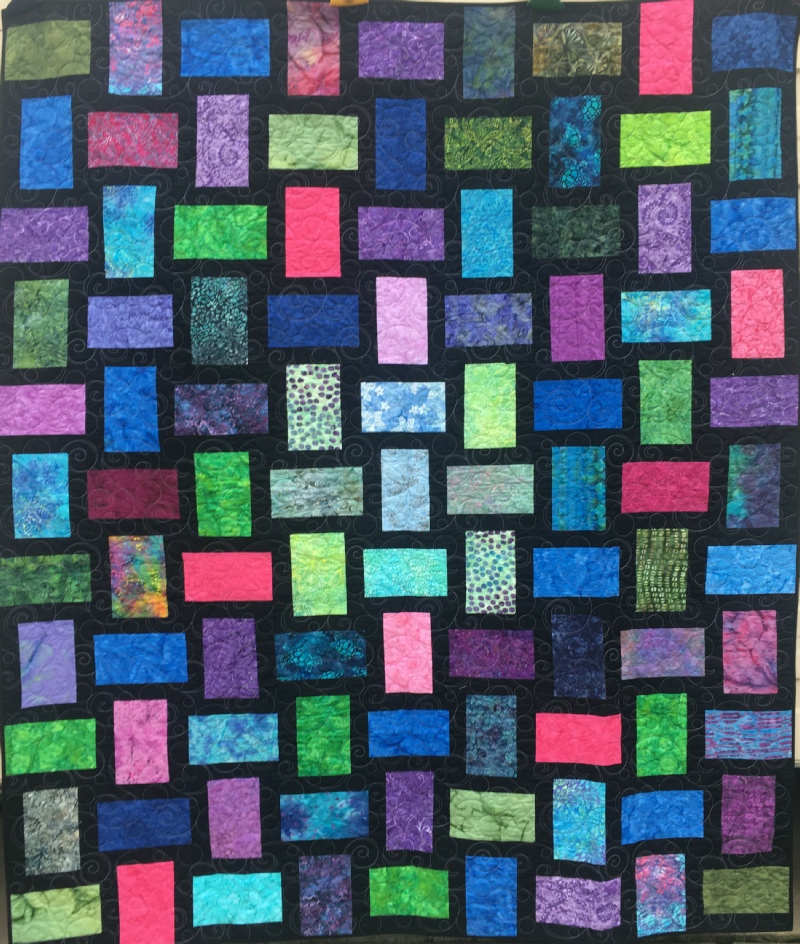 After I decided not to use the huge 11-pocket tote as a purse any more (see  Quilts Finished in 2014) I decided to downsize and make a Towne Purse for myself.  I had lots of leftovers from Gary’s Choice quilt (later finished in 2019) that I really liked, so I spent a whole day at Pioneer’s day camp and made this bag.  I found strap hardware at the thrift store nearby and used an earring of my mom’s to finish the pocket, even though it was a little glitzy.  I came home from sewing that day and found that Gary had bought me a smaller purse at Sam’s Club that day because he knew I was looking for one and they had a great bargain.  So I put it in a couple of shows and now it lives in the back of the closet waiting for it’s chance at a useful life.

Pioneer’s challenge for 2017 was a blind draw of a holiday, for which you were to make a quilt.  I got Christmas.  So I made this wreath.  Might have been an Anelie Belden design.  The center has a strip of rouching, which I’d never done before.

In Roseville Guild, when you’re President, generally you pick your own block design for a President’s quilt.  Members make them and you’re presented with a stack of blocks.  When I was President in 2015-2016 I decided on these blocks that were very difficult to get wrong and with my stack, put together the quilt top.  When I continued as President in 2016-2017 I requested that instead of getting another stack of blocks for another quilt I didn’t need, I have the top quilted instead.  Fran Claassens agreed to quilt the quilt for the small amount the guild offered, and did a nice job on it.  Some of the color choices were a little odd but the quilt is nice and bright and greatly appreciated.