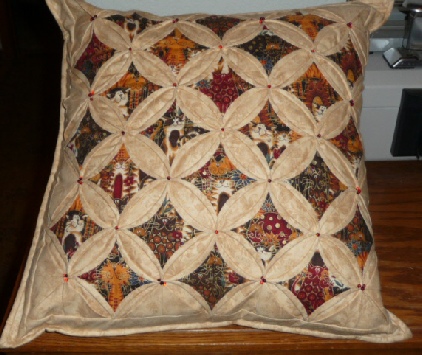 Shellie Fisher and I took a Jamboree class at Foothills Guild where we learned to make a Cathedral Window quilt.  It was quite a challenge.  First we thought we’d make a coaster (one block), then maybe a checkbook cover (two blocks)… but I ended up with a pillow.  In the window are really cute Laurel Burch cats.  There’s a bead at each intersection, mostly there to cover up my centers (which are far less than perfect).

I gave the pillow to my niece Denise Peccianti - a lover of cats, especially orange ones. 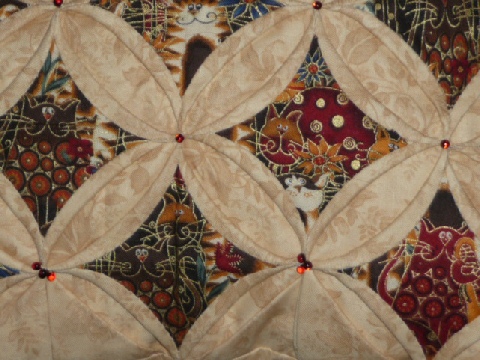 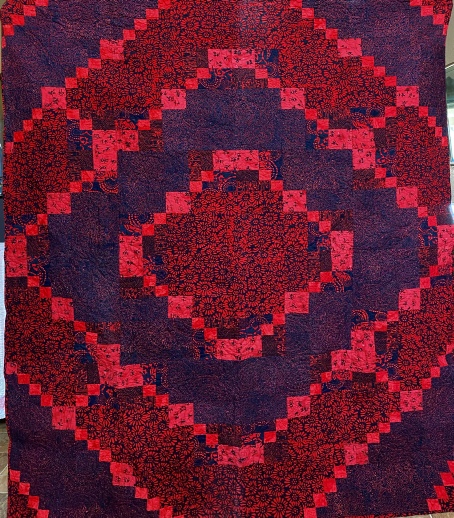 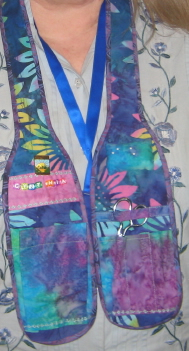 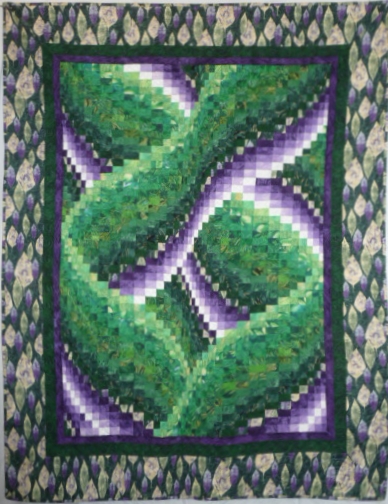 Shellie and I took this class at a Foothills’ Discovery Day.  I made the Chatelaine for Cynthia Miller.

This complicated bargello started at a Jamboree class with Foothill Quilters Guild.  I finished the first vertical fourth in the class, then it went home and sat for at least 5 years before I decided to work on it.  When the final ¾ of the center was done, I discovered - to my dismay - that I hadn’t checked my ¼” seam allowance and the first fourth was several inches longer than the rest.  I had to take apart all the columns and re-sew all the seams to make them match.

I won’t do that again! (Hopefully I’ve learned enough that I won’t have to.)

Red was my dad’s favorite color, so I decided to make this red and black quilt for him.  He liked it, but his caregivers didn’t because it didn’t drape like a blanket or afghan does and they didn’t think it kept him warm.  It spent some time in the closet and some time folded up on his bed.  But he knew it came from the heart.